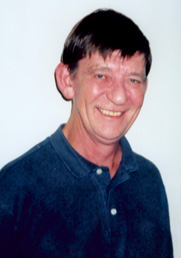 Eric Griffiths died on Saturday 29 January about 11am at his home in Edinburgh. After the Quarrymen’s last gig of 2016 in Trondheim in Norway during which he experienced great pain from the supposed back trouble from which he had been suffering, Eric went into hospital for a check-up and it was discovered that the real problem was cancer of the pancreas.
After a short time he returned home with his pain stabilised on morphine and he was able to spend Christmas and the New Year with his wife Relda and their three sons, Tim, Matthew and Daniel. Knowing that his condition was terminal, Eric typically spent his time sorting out his affairs in order to minimise the burden which would otherwise have fallen on his wife and family. During this period he displayed considerable courage and fortitude, but eventually he became too weak and was moved to a hospice. However he decided to return home where he passed away peacefully in his own bed.