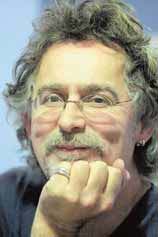 After many years as publicist for Paul McCartney and MPL, Geoff Baker has resigned, citing irreconcilable differences with Heather Mills McCartney.
Geoff has long been a staunch supporter of Liverpool and The Mathew Street Festival.  He was also instrumental in bringing Paul back to the Cavern in 1999 for his last performance of the millennium.
As was demonstrated at Beatle Week this year, he was always happy to mingle with the fans and answer their questions.
We, at Cavern City Tours, would like to wish Geoff all the very best for his future career.